"Directing friends round here is hard. So send them aid upon this card." 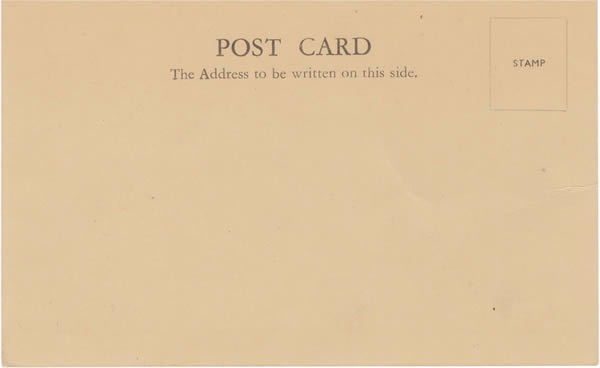 The card shows a hand-drawn local map centered on Halstead village and Badgers Mount created by Sheila Draffin.
The drawing shows the bus routes and shops etc. It looks like the idea was you could mark your location on the postcard and send it to friends so they could find you.

Date of card?
I can only find one reference to Sheila Draffin which is for a drawing of Colgates, Halstead in 1946. So I'm guessing she may have drawn this postcard around the same time? Please let me know if you are able to date the card from the clues in the drawing.

Bus Route 402 via Polhill started in 1933. I haven't been able to find the start date of the 431 bus route. The Black Eagle pub opened in 1939 which is shown on the map. The drawing shows the numerous cafes along London Road, two of them where Badgers Rise and Crest Close were later built. The Badgers Mount Memorial Hall isn't marked on the map, this was built in 1953. The MOD Ammunition Depot (now FM Conway) which was there before WWII isn't shown, but perhaps in the 1940s it wasn't safe to show things like that on maps?

Thanks to Roger King for supplying this document.