Old London Road, Badgers Mount - photos taken in 1992.
The Post Office and 'Badgers Mount Stores' which was in the shop next door. It looks like the shop (Stores) has closed when this photo was taken as there is a Linays For Sale board across the front door. The Stores became a bike shop before later being turned into a residential property.

The Badgers Mount Post Office opened in 1936 and closed in February 2004.
The traditional style red phone box was also removed at this time as the property changed to residential use.

Thanks to Avril for supplying the photos. 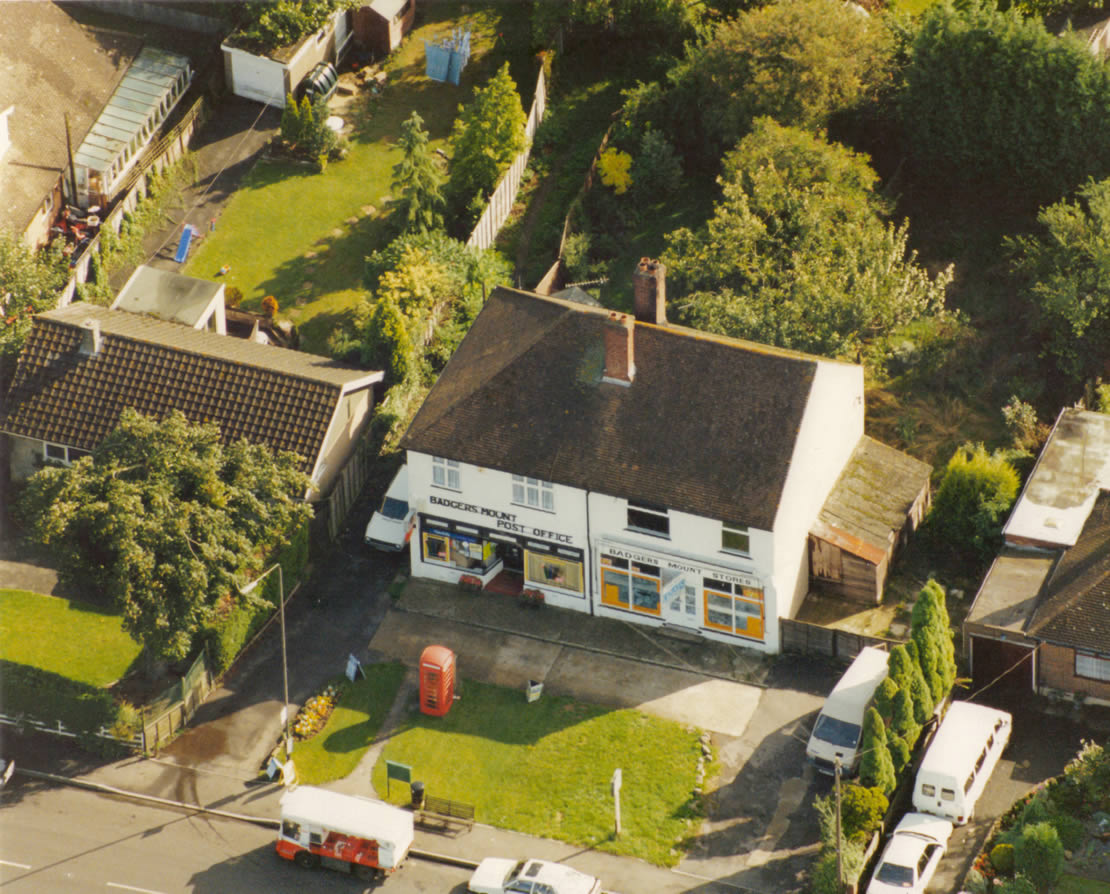 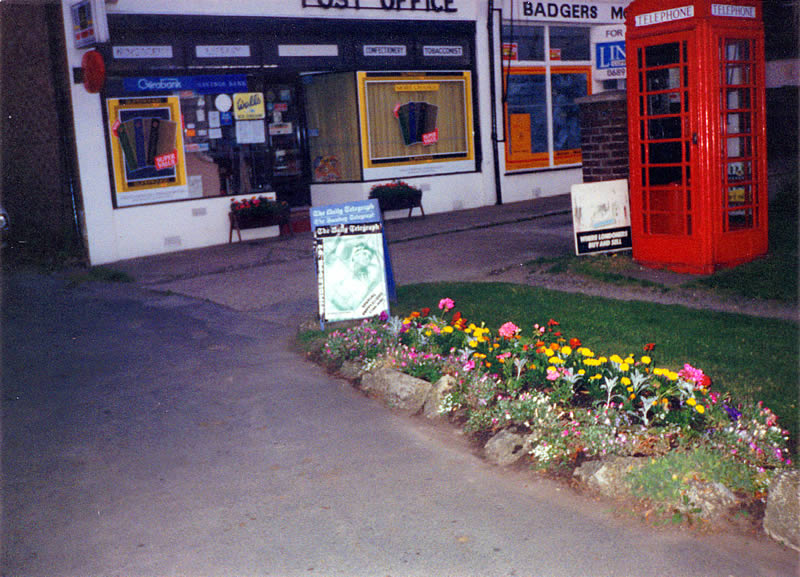 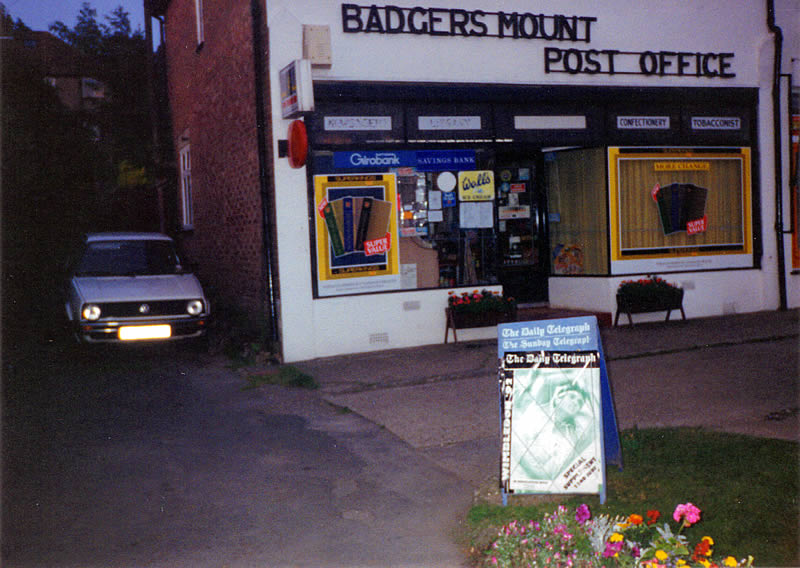 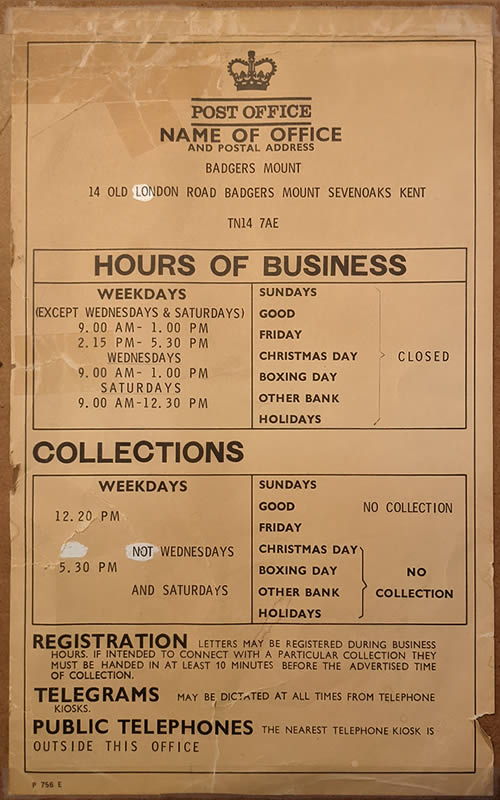 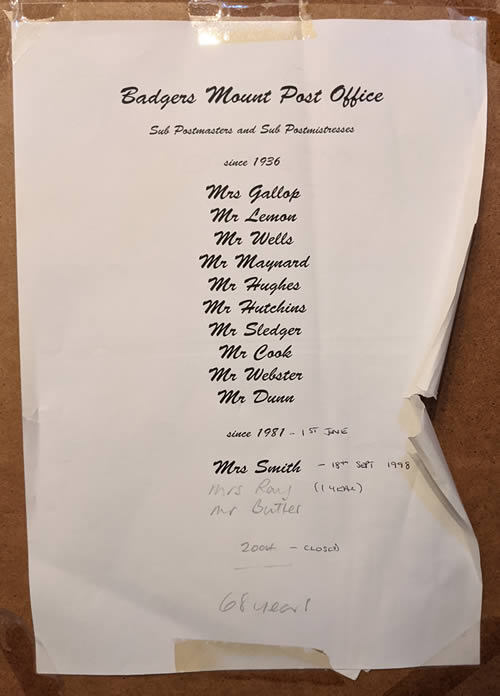