This early photo of Johnson's Tea Room/Cafe on what is now the Old London Road possibly dates from the 1920s?
The track to the right originally a continuation of Badgers Road, is now a footpath next to the Nesbit House care home and now connects Old London Road with the Orpington Bypass.

The photo below is believed to have been taken slightly later, thought to be 1935. A 'Badgers Cafe' sign has been added to the building on the left.

After WWII the cafe was renamed Badgers Cafe and closed in 1987 making way for a new road and houses in what is now Badgers Rise.

Johnson the original owner of the cafe went on to develop Johnsons Avenue in Badgers Mount.

Thanks to Rita for supplying this photo. 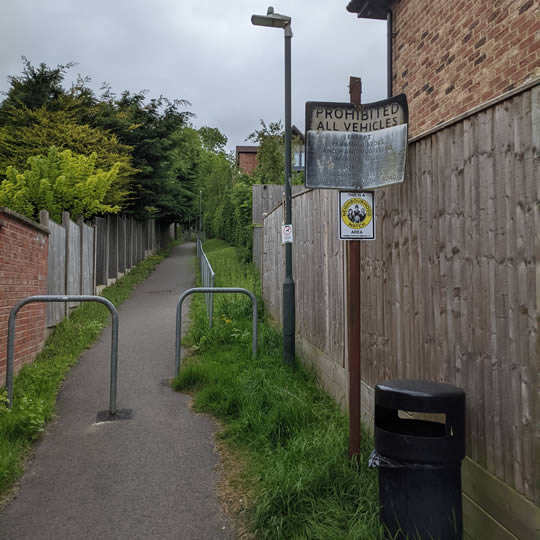 The track on the right in the photo is now a footpath. 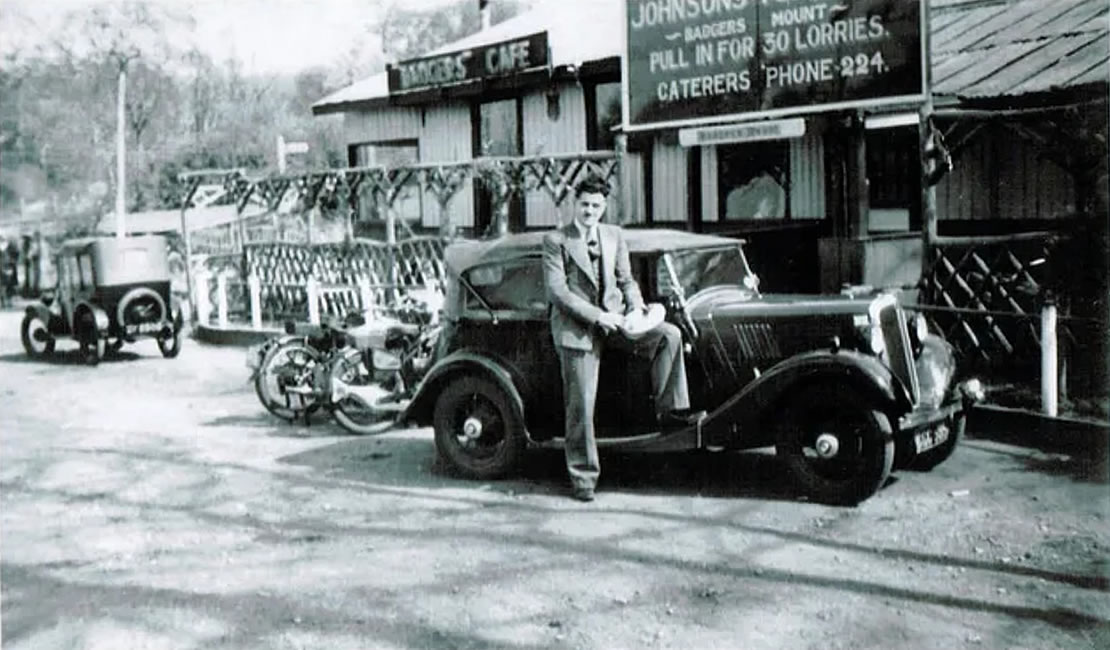 Earnest Henry Pratt outside the Badgers Mount Cafe with his Morris 8 car around 1935.

Thanks to the Bromley Borough Local History Society for allowing me to reproduce this Badgers Mount content.

The BBLHS's magazine is called the Bromleag. Here is some correspondence from 2000:

Is there anyone who remembers the 'Johnson's Bikers Cafe' possibly at Badgers Mount?
My great great uncle Morgan JOHNSON owned it up till at least the 1950s. I have been told that it was situated on what was the main London Road near to the present Polhill Garden Centre.
Jean Skilling.

Dear Paul & Denise,
A friend who is a member of the Local History Society tells me you are seeking information concerning Johnson's 'Biker' Café. Johnsons was bought by my family in October 1927 from William Morgan Johnson. I was ten years old at that time and on leaving school in 1931, started working for my Dad until called up for the RAF in 1940. My Dad retired in 1943 and my wife took over until I was demobbed in 1945. Our young son was evacuated to Yorkshire.

I changed the name to Badgers Café after the War and carried on until 1960 when it was entirely rebuilt on two floors, a flat above and seating for 140 below. We catered for everybody, cyclists, motor cyclists, car rallies, transport, hikers, even the occasional Rolls Royce.

We thought (my son was a partner) that when the M25 opened we would be put out of business. In fact we just got busier and busier until we closed after 60 years in 1987. Even on that final day we served over 400 meals.

Part of the original site was sold for development.
Yours faithfully,
John Jakeman.

NB. I phoned Mr Jakeman for more information. He confirmed that Morgan Johnson was 'a bit of an entrepreneur' and built the houses in Johnson Avenue at Badgers Mount, after which he moved to Camber Sands where he did a lot more building. This confirmed the information that Jean Skilling had been told by an elderly aunt.